As you might know already, there are plenty of types of leadership: thought leadership, situational leadership, servant, democratic, and so on. Today we are going to focus on the latter and see what it is and how can someone implement it. Democratic leadership relies on more than one person to make decisions, which might get problematic sometimes.

What Is Democratic Leadership?

Democratic leadership, also called participative or shared leadership, is a style of ruling where the members of a certain group have an active role in making decisions. It encourages people to participate, discuss and exchange ideas in a free manner. At the same time, the democratic leader needs to decide who belongs to the group and who contributes to the decisions. 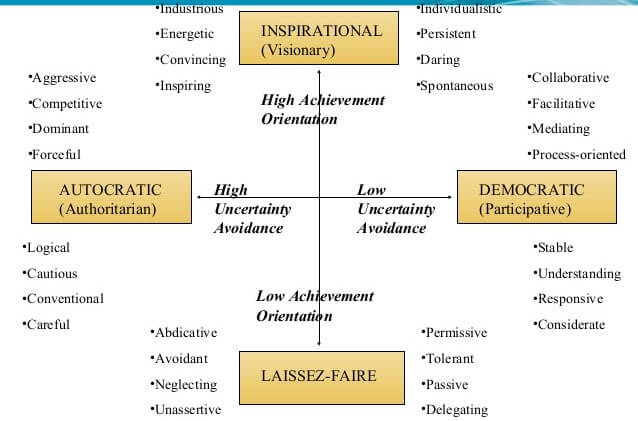 To understand better this type of leadership, we should have a look at a couple of examples in history. Perhaps the most relevant ones come from politics, where we can find plenty of U.S. presidents that showed democratic leadership traits and abilities:

He presented a democratic style when guiding the American government, as opposed to the status quo during the American Revolution. Moreover, he appointed strong leaders and he knew when it was the time for him to go, refusing to serve a third term.

You can’t say democratic leaders in the U.S. without saying Abraham Lincoln. Being an autocratic leader, he respected various democratic principles throughout his career. As a result, he succeeded in remaining a bright figure in the American history.

Everybody loved John F. Kennedy at the time for his outstanding charisma. His handling of the Cuban missile crisis, as well as his encouragement for developing space programs, show that he had a democratic and autocratic leadership style.

Ever since its founding, the tech giant relied on a democratic rule. Sergey Brin and Larry Page, who are its founders, hired Eric Schmidt to start off their company. Next, they focused on finding experienced people to build democratic teams.

Having started by only selling books, Amazon prospered by using this style. Now they sell almost anything you can imagine, but they kept to the autocratic leadership. Mainly, their commitment to a fast customer service prompted its use.

Mayo Clinic is a non-profit organization that offers cutting-edge research facilities. It attracts great minds from all over the world, who can work together on finding new drugs, for example. They form democratic teams, which allows every person to participate in the activities and collaborate with their peers.

How to Implement Democratic Leadership?

Though in theory, this sounds excellent, it’s not as easy as it seems to implement it. It’s time to look over some tips on how to implement it in your organization:

A democratic leadership cannot exist without some openness to communication. If you want everybody to participate with their ideas, you need to make them feel comfortable about it.

When everybody comes with their two cents on the table, it’s hard to follow a structure. For this reason, the leader needs to maintain the balance. It’s quite a difficult task, but they need to remain open to any ideas and keep everybody on-topic at the same time.

3. Be Ready for Commitment

With all the ideas going around, it may be hard to choose just one to commit to. The vast array of possibilities and suggestions can become overwhelming at times. However, when you choose one, make sure you believe in it since you must be clear about your instructions for the team.

Naturally, you won’t agree with all the ideas that will be proposed. It’s normal to be so, but that doesn’t mean you should start criticizing people or make them feel bad about their idea. Ensure a healthy environment where the ideas can circulate.

Explaining to people why you didn’t choose their idea is of utmost importance. You don’t need to apologize for thinking in a certain way or for deciding one thing, but you should be clear about the reasons you had.

Should You Adopt Democratic Leadership or Not?

As we showed above, many people decided to implement this strategy and succeeded. Let’s have a look at the advantages that convinced them:

As you can see, the risks incurred by adopting a democratic leadership style can be quite high. However, you can avoid this by choosing the right people to work together. Make sure you use the best experts you can find. However, there is still the need for a leader to assess the situation and choose the best idea that is proposed for more efficiency.

To sum up, democratic leadership relies on the participation of the entire group in the process of making decisions. Many presidents chose to adopt this style, such as John F. Kennedy, George Washington or Abraham Lincoln. There are also plenty of companies that thrived in a democratic manner, such as Google, Amazon or Mayo Clinic. But should you implement it yourself? You should only do it if you’re willing to accept other people’s ideas and to commit to only one of them. Not everybody can be a good democratic leader, so make sure you are ready for the challenges that come with it.